Do You Trust the Process? 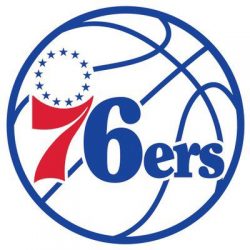 The Philadelphia 76ers are in the midst of one of the most historic rebuilds in NBA history. From the 2013-2014 regular season to the 2016-2017 season, the Sixers lost at a historic rate. With 253 losses in 4 years, a record was set for the most losses in a four-year span. To correct these losses, the upper management of Philadelphia decided to undergo a massive rebuilding phase that was named by NBA aficionados as “The Process”.This process is described by the former GM of the Sixers, Sam Hinkie, as: “We talk a lot about process—not outcome—and trying to consistently take all the best information you can and consistently make good decisions. Sometimes they work and sometimes they don’t, but you reevaluate them all.” (Rappaport 2017). It was clear that the Sixers were in the beginning of this process after they traded away their All-Star point guard, Jrue Holiday. With a mediocre team remaining, the Sixers set forth to win as many games as possible of course, but since the team was so mediocre, they would in being in the bottom five of the NBA standings, and therefore had the opportunity to acquire a very high draft pick.The first high draft pick for the Sixers occurred in 2014 when they acquired Joel Embiid from Kansas University with the number 3 overall pick. Unfortunately, Embiid missed two full seasons due to a fractured foot and complications that occurred to that foot after surgery. That same draft they traded the draft rights of Elfrid Payton to the Orlando Magic for the draft rights of Dario Saric, a highly touted overseas product. The problem became that Dario could not actually come to the Sixers team right away. He had to wait two full seasons and did not officially join the 76ers until the 2016-2017 season. Since Embiid’s foot looked to be a problem and Saric had to wait two years to come to the United States, the Sixers frontcourt was still in desperate need of an addition. That happened in the 2015 draft when the Sixers acquired Jahlil Okafor from the University of Duke with the third overall pick. Okafor established himself as an offensive powerhouse in his rookie season, averaging 18 points per game while shooting above 50 percent from the field.However, late in Okafor’s rookie year, he injured his knee and was shut down for the rest of the season. That injury greatly affected Okafor’s place on the team, because with his injury gave Joel Embiid the opportunity to start and play right away when he was healthy to play. The excitement of Embiid making his NBA debut was heightened by the draft selection of Ben Simmons in the 2016 draft. Simmons, who has made many comparisons to LeBron James in play style and body type, was set to be handed the keys to a 76er offense that would have him and Embiid at the helm. Not to mention that Saric would be coming over from Europe as well. However, injuries continued to hurt this ”process” from coming into fruition. Ben Simmons fractured his foot in training camp and ended up missing his entire rookie season with the injury.The young Sixers showed some signs of promise though. Joel Embiid averaged a little bit over 20 points per game last season in his “rookie” year, but was limited to only playing in 31 of 82 games due to the coaching staff trying to manage his minutes and appearances in back-to-back games, and a knee injury that he suffered later on into the season. He showed that, when healthy he is a dominant force on both offense and defense. Saric had a solid rookie season averaging about 12 points per game and finishing second in the Rookie of the Year voting. With the emergence of these two big men and how versatile they can be, Jahlil Okafor’s role on the team diminished and now he is pretty much restricted to the bench.With Simmons returning healthy for the upcoming season as the primary ball handler and playmaker, the only thing that the Sixers lacked was a guard that could create his own shot and also create for others when the time presented itself. Management believes to have succeeded in this task by acquiring guard Markelle Fultz from the University of Washington. With the acquisitions of Fultz, Embiid, Saric, and Simmons, Joel Embiid self proclaimed the group of four as the FEDS, which caused a bit of discussion throughout the league. In their first full season together, so far the Sixers have a record of 6-6. Joel Embiid has continued to tear apart opposing teams’ centers and after a slow start, Dario Saric has begun to find his stride. Ben Simmons has lived up to up all the hype. So far he is averaging 17.4 points, 9 rebounds and 7.8 assists per game with two triple-doubles on his belt so far. Safe to say that year off helped Simmons immensely. Markelle Fultz however, has struggled mightily early in his rookie year. With a shoulder injury he has been limited to only four games so far this season, where he has averaged only 6 points, 2 assists while shooting 33 percent from the field and 50 percent from the free throw line. The shoulder injury has slowed Fultz’s progression mightily so time will still be needed to fully evaluate Markelle’s game.Do you trust the process? That is a question that many people have been asked and answers have varied, but it is still yet to see what the full 76ers team can do while fully healthy. When Fultz returns to the lineup at 100 percent, people can begin to make their assessments on the Process.