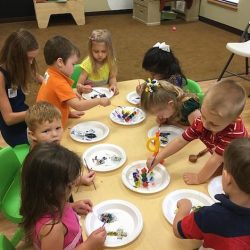 HARRISBURG, Pa. – Investing in pre-K is investing in a strong future for Pennsylvania, according to a new report from Pennsylvania Partnerships for Children.The study says the Keystone State ranks 18th out of 30 states that put state money into quality pre-K programs. While neighboring New Jersey, the national leader, puts more than $3,200 per capita into publicly funded pre-K, Pennsylvania spends less than $800. According to Joan Benso, president and CEO of Pennsylvania Partnerships for Children, years of research have shown that high-quality early childhood education is an investment that pays off.”Public investments in pre-K get kids ready for school, help them succeed in school, make it likely they will not engage in juvenile crime and, ultimately, be productive members of the workforce,” she points out.The state did increase funding by $30 million for the current fiscal year, but only 36 percent of eligible children currently have access to quality pre-K programs.Studies have shown that every dollar of public investment in quality pre-K returns $4 in savings for social costs such as remediation and juvenile crime. Benso points out that there’s also a long-term multiplier effect.”The contributions of someone who graduates from high school, goes on to post-secondary education and goes into the workforce skilled ends up being another big return,” she states.Benso says the state could serve all at-risk children by investing $85 million in the next state budget, and an additional $225 million by the 2020-to-2021 fiscal year.This is a pivotal year for electoral politics at both the state and national level. Benso maintains early childhood education is an issue that candidates need to address.”And one of the wisest public investments voters can be seeking in their candidates for office includes high quality pre-K,” she stresses.Voters in 12 of the 17 states that invest more in pre-K than Pennsylvania will elect governors this year.