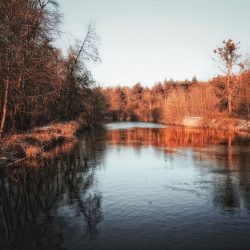 HARRISBURG, Pa. – Over time, treated oil and gas wastewater is leaving radioactive deposits in the stream beds where it is released, scientists have found. A team of Duke University researchers has found highly-elevated levels of radium in the mud where three Pennsylvania treatment plants release wastewater. That’s even after the water is treated to greatly reduce its radioactivity, says Avner Vengosh, professor of geochemistry and water quality at Duke University, who led the research team.”We found that, indeed, there is a large enrichment of radioactive elements in those stream sediments,” he says. “It’s about 600 times the level that we found in upstream.”The industry points out that the brine and other water from oil and gas wells contain some naturally-occurring radioactive elements, but only very low levels. Vengosh and his team have been focusing on the ways these elements become concentrated in stream beds.Vengosh notes the treated wastewater was from conventional oil and gas wells – not fracking wells, although he says the Duke researchers have found similar issues where fracking wastewater had been released. He adds Pennsylvania stopped the release of treated water from fracking operations some years ago. He says one troubling issue is how high these concentrations can get – as high as ten times the radioactivity of low-level radioactive waste from, say, a hospital or power plant. “So they are exceeding the level that this site should be defined as a low radioactive disposal site,” he explains. “Obviously, they are not – it’s the middle of a stream in Pennsylvania.”He says most of the nation’s oil and gas brine is injected into deep disposal wells, although the geology in Pennsylvania often makes that impossible. Vengosh says treating the wastewater isn’t enough.”I don’t think there is a direct human health risk immediately from those sites,” he notes. “But there is a chronic contamination of the environment. Even the treatment, it’s not sufficient to address this problem.”Oil and gas wastewater is sometimes used to melt the ice on roads. Vengosh says that also may not be safe.