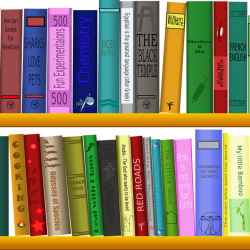 Reading, Pa. – Kristen Jackson, a pre-school teacher at the Albright Early Learning Center, will host a release party for her new young adult novel, Keeper of the Watch, at Albright College on Feb. 21, at 5 p.m. in the McMillan Student Center. Jackson will talk about her book, her inspiration and will sign copies. Books will be on sale in the Albright bookstore for a limited time, and guests may sign up to win a Keeper of the Watch T-shirt.

Jackson’s novel, which was released on Feb. 1, was inspired by her father, Dean Zuber, and their mutual love for time. The book follows a young man named Chase who discovers a wristwatch in his late uncle’s belongings. Soon Chase learns that this watch has magical powers and the ability to send him to different dimensions, like time travel. However, it’s up to Chase to decide if he wants this adventure.

Jackson, of Reading, Pa, has worked as a preschool teacher at the Albright Early Learning Center for eight years, but her passion for writing and her desire to become a published author has been much longer. A forthcoming children’s picture book, Jocelyn’s Box of Socks, is scheduled to be released in late 2018, early 2019.

“It has taken years for me to get a book published,” said Jackson. “But for anyone out there that wants to be a writer, if they really want it they should keep going after it. There were a couple years that I stopped, and I feel like that was wasted time. If you really want it, push for it and go for it.”