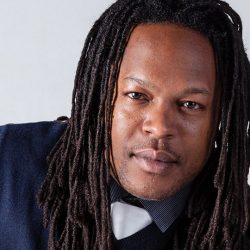 In 1991, Shaka Senghor was sent to prison for second-degree murder. Today, he lectures at universities, is a leading voice on criminal justice reform, and an inspiration to thousands. He will give two presentations at Penn State Berks on Wednesday, March 14, 2018: the first at 12:15 p.m. in the Perkins Student Center Multipurpose Room and the second at 7 p.m. in the Perkins Student Center Auditorium. Both lectures are free and open to the public.

Born and raised in a middle-class neighborhood on Detroit’s east side during the height of the 1980s crack epidemic. Senghor was an honor roll student and a natural leader. He dreamed of becoming a doctor but at age 11, his parents’ marriage began to unravel and beatings from his mother sent him on a downward spiral that led to his running away from home and turning to drug dealing. By the age of 19, he had been incarcerated for murder.

Senghor has stated that after serving 19 years in the Michigan Department of Corrections, including more than 5 years in solitary confinement, he is very familiar with the inner workings of prison and the politics that play out on the state level and inside the prison walls. From his experience, there are two things he knows for sure: 1) prisons are a business and 2) prisons do not rehabilitate.

His story has become an inspiration to many because he dared to dream beyond those prison bars. He explains, “I did not allow my past or what others thought of me to define me or deter me because I have the courage to share my story, unfiltered.”

Senghor will cover issues such as overcoming seemingly insurmountable odds, breaking out of self-imposed prisons, getting out and staying out of prison, and avoiding the snares of imprisonment for youth.