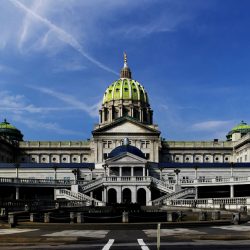 HARRISBURG – Stating that child protection is a foremost government responsibility, two state Senators have launched a push to reform laws, regulations, and funding for Pennsylvania’s child welfare system. Sens. Lisa Baker, R-20th, and Judy Schwank, D-11th, who lead the Senate Health and Human Services Committee, are looking to establish an Interbranch Commission on the Child Welfare System to help create safer conditions for the thousands of children who find themselves in need of loving, nurturing homes.

For many years, the system of children and youth services has lacked the priority, the funding, and the oversight it warrants.  When resources are stretched too thin and shortcomings go unaddressed, heinous acts occur and heartbreaking tragedies result.

“While we have read about several horrific cases of child abuse, the truth is too many children in supervised situations suffer death, serious injuries, or endure abysmal living conditions,” they stated. “The fault for this falls on all of us, irrespective of party or administration or political philosophy. “

“Recent incidents of children who were abused and died in the foster care system confirm that we need to investigate our foster care and adoption system,” Schwank said. “The proposed Interbranch Commission on the Child Welfare System, which will engage all branches of government to provide recommendations on improving the care and protection of children, is a serious undertaking. We have a solemn obligation to care for those in our society who are most vulnerable – Pennsylvania’s children in foster care are perhaps the most at risk.”

A special “State of the Child” report released last year detailed some alarming deficiencies. Declaring that the “child welfare system is broken,” Auditor General Eugene DePasquale said that despite nearly $2 billion in state spending, 46 children died in 2016, while another 79 nearly perished. Of the fatalities, almost half of those children had been placed with families already known by Children and Youth Services.

“This discussion is not an indictment of the many capable, dedicated, and accomplished folks involved in the system. The problems have been evident for some time and are largely structural, rather than evidence of poor performance,” Baker said. “It is hard to escape the conclusion that the system is underfunded and overburdened.”

As part of its investigation, the commission will be asked to:

Baker noted that the panel is patterned after the Interbranch Commission on Juvenile Justice, which did an outstanding job of investigating the horrific circumstances of the Kids-for-Cash scandal in Luzerne County, and in developing an extensive series of reform recommendations, the majority of which were implemented.

“Advocacy from our communities has not been lacking,” Baker added. “The deficiency has been in effective action, making sure that money and manpower match what we put in law and regulation, and most of all, what children at risk need from us. A commission provided the light and the leadership on juvenile justice, so we have everything to gain by applying that approach to the current crisis in child protection.”

Senate Bill 1087 earned unanimous support in the Health and Human Services Committee today and moves on to consideration by the full Senate.