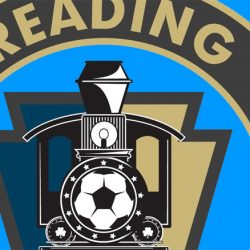 Strutz, the Cumberland University talent, helped guide Reading United AC to an undefeated regular season from the back, allowing only seven goals in 11 appearances (990 minutes) this year. He posted an amazing 0.64 goals-against average while making 34 saves at an 82.9 percent rate.

Miller, who competes at Syracuse University and is the No. 21 PDL Top Prospect, was as instrumental as Strutz in defense for Reading. He took part in nine regular season matches for his unbeaten club (765 minutes), five of which resulted in shutouts.

While scoring a team-leading six goals in nine matches (599 minutes), Bennett was the key goal-scorer for Reading this season. He has been stellar in Reading’s postseason run to the PDL Championship Game, registering four goals in that span. Additionally, the standout Jamaican forward became Reading’s all-time goals leader this season, passing Aaron Wheeler’s 17 career goal mark. Bennett, who now has 18 career goals for Reading United, will transfer to Radford University this fall.

Molloy, the PDL’s Top Prospect and 2017 Young Player of the Year, earned that placement in 2018, recording four goals and a team-leading four assists across 13 appearances (1,037 minutes). His play as a holding midfielder dictated the vast majority of Reading’s matches, and will likely do so for Penn State this fall. This is Molloy’s second straight appearance on the All-Eastern Conference team after earning the nod in 2017.

Head Coach Alan McCann praised all four of the individuals for their accomplishments. “The individual awards are always nice. These awards only ever come about after the foundation of a team is there. Without the team coming together and performing none of it is possible. Very happy for the boys and it’s no coincidence that the four of them have played through our spine which has helped us throughout the whole summer.”