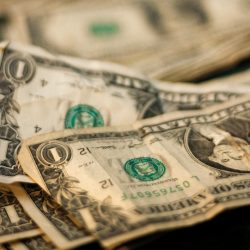 Reading, PA – The Greater Reading Chamber Alliance (GRCA) announced today that Randy Peers has resigned as the organization’s president and chief executive officer. Mr. Peers’s resignation, which was accepted by the GRCA board of directors at a meeting held this morning, was a mutual decision and will enable Mr. Peers to pursue other opportunities.

“We thank Randy for his contributions to the GRCA’s success during his two and a half years leading the organization,” said Dan Langdon, chairman of the GRCA’s board of directors. “The entire GRCA Board wishes Randy and his family well as he pursues future opportunities.”

During his tenure as GRCA president and chief executive officer, Mr. Peers’s accomplishments included overseeing the initial integration of the three entities into the GRCA, helping create a new alignment for downtown Reading revitalization through the creation of a public private partnership, and creating several new initiatives focusing on small business development and Latino outreach.

The GRCA Board has appointed Ed Swoyer (president of the Greater Berks Development Fund) and Pamela Shupp (executive vice president and chief operating officer of the GRCA) to serve as interim co-chief executive officers of the GRCA.