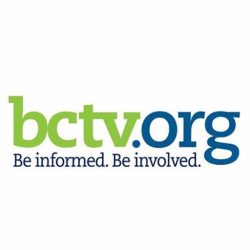 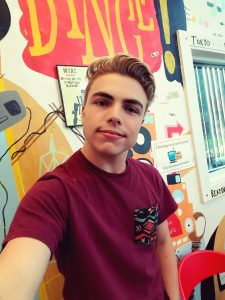 BCTV is happy to announce Michael Kelley as part of our 2019 Summer Intern Team, along with Khalil Eaddy and Francheska Guzman. He joins as one of our tech interns.

An Exeter-native, Kelley is a Sophomore at Marywood University with a major in Digital Media and Broadcast Journalism and a minor in Photography. He started learning about video production and photography during his Sophomore year of high school. Kelley chose to intern at BCTV because he “wanted to learn more about studio and field production. I also wanted to learn more with video editing and be able to create a portfolio of videos that I created myself.”

In pursuit of his passions, Kelley hopes to work in movie and show productions, as well as start his own photography business and eventually create his own documentary.

Film and photography aren’t his only passions, though. Kelley also enjoys traveling and music, of which he has a small vinyl collection he is building. He is also an activist for environmental issues and LGBTQ+ rights. Eventually, he hopes to take his passions beyond Berks County. “I hope to someday move to New York City after graduation and at eventually move to London.”