Why Video Games Can Help You 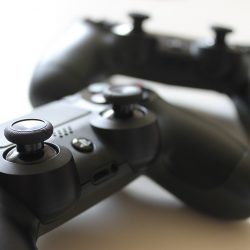 It has been the belief of parents that video games are bad. A survey conducted by Common Sense Media says that 75% of parents think that violent video games contribute to actual violence. Since video games came out, many parents limit the time spent playing video games because of that opinion. However, due to the increase in shootings, people have been looking for things to blame. Currently, people’s go-to scapegoat is video games.

There are many different kinds of video games. Most video games are family-friendly, unlike the visual that pops into most people’s heads. The claim that video games are bad is merely something people say to get people to stop playing them. There is little to no scientific evidence that proves video games are one of the major contributing factors of the rise in shootings. Professor Gee from the University of Wisconsin says that “You get a group of teenage boys who shoot up a school—of course they’ve played video games, everyone does. It’s like blaming food because we have obese people.” In reality, playing video games has a plethora of benefits.

While some people might think that video games are major distractions for children, studies show that video games actually focus attention. So by incorporating education into video games, one can actually harness children’s attention and help them learn more easily. This is an especially great discovery for children who have the condition of ADHD. In a school environment, these children struggle constantly with not being able to focus. However, by making the learning hands-on instead of typical educational techniques, it enables them to centralize their attention on one task that enables them to easily overcome the setbacks that they face on a constant basis.

Vikranth Bejjanki from the National Academy of Sciences says, “The enhanced learning of the regularity and structure of environments may act as a core mechanism by which action video game play influences performance in perception, attention, and cognition.” Not only does it make learning easier but it also helps quicken the process of learning. A neuroscientist named Daphne Bavelier says that, “our findings are surprising because they show that the learning induced by video game playing occurs quite fast.”

Video games not only help with learning but also brain functions. For example, hand-eye coordination is one such brain function. A study conducted by scientists at the University of Texas Medical Branch found out that high schoolers who play video games are better at doing virtual surgeries than aspiring surgeons in medical school.

Another plus of playing video games is strengthened eyesight. For many years, it was believed that by watching a screen all day hurts your eyes. Parents would always bring that up as a major reason for kids to stop playing games. However, there was not much evidence to back up this claim. So a team of researchers from the University of Rochester decided to conduct a study to try and prove this hypothesis. Instead, what they discovered was the opposite was true. It turns out that playing fast-paced games helps one’s contrast sensitivity function. This helps the brain tell the difference between different shades of gray against a colored background.

The University of Auckland in New Zealand wanted to see how video games can affect mental illness. The study that they conducted tested the effects, specifically the effects of a video game called SPARX that was meant to be a replacement therapist instead of a traditional therapist. The premise of the game is fighting against the villains who each represent things like sadness. As you fight them, you are presented with information about depression and ways to fight it in real life. After the study, the researchers from the University of Auckland says that the people treated with SPARX recovered better than with the therapist and have this to say “SPARX is a potential alternative to usual care for adolescents presenting with depressive symptoms in primary care settings and could be used to address some of the unmet demand for treatment.”

In the future, there will be more studies regarding video games. Currently, scientists are just dipping their toes into the vast ocean that is video games. Eventually, more and more people will realize that video games can be more and more useful to society as a whole and not just a time-waster. Remember that nothing is good in excess and make sure the video games played are the ones that can benefit your life for the better.