Making Sense of the Iranian Escalation 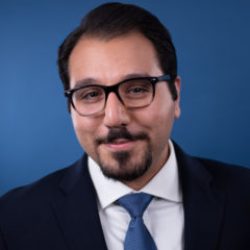 Behnam Ben Taleblu is a senior fellow at FDD where he focuses on Iranian security and political issues. Behnam previously served as a research fellow and senior Iran analyst at FDD. Prior to his time at FDD, Behnam worked on non-proliferation issues at an arms control think-tank in Washington. Leveraging his subject-matter expertise and native Farsi skills, Behnam has closely tracked a wide range of Iran-related topics including: nuclear non-proliferation, ballistic missiles, sanctions, the Islamic Revolutionary Guard Corps, the foreign and security policy of the Islamic Republic, and internal Iranian politics. Frequently called upon to brief journalists, congressional staff, and other Washington-audiences, Behnam has also testified before the U.S. Congress and Canadian Parliament.

His analysis has been quoted in The Washington Post, The Wall Street Journal, Reuters, Fox News, The Associated Press, and Agence France-Presse, among others. Additionally, he has contributed to or co-authored articles for Foreign Affairs, Foreign Policy, Fox News, The Hill, War on the Rocks, The National Interest, and U.S. News & World Report. Behnam has appeared on a variety of broadcast programs, including BBC News, Fox News, CBS Interactive, C-SPAN, and Defense News. Behnam earned his MA in International Relations from The University of Chicago, and his BA in International Affairs and Middle East Studies from The George Washington University’s Elliott School of International Affairs.

The World Affairs Council of Greater Reading is the leading educational organization promoting understanding and enlightenment on global issues.