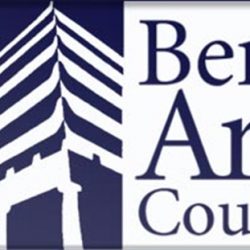 READING — Berks Arts Council, which presents the 30th anniversary edition of the Boscov’s Berks Jazz Fest March 27-April 5, has announced that it is honoring two staunch jazz ambassadors in Berks County, Toni Lynne and the late Wayne “Al” Seifarth, by naming two of its GetJazzED events in their honor.

The Get JazzED Al Seifarth Instrumental Day will be held for middle school and high school students on Saturday, January 18, at Wyomissing High School starting at 10 a.m.

The GetJazzED Toni Lynne Vocal Day will be held for middle school and high school students on Saturday, February 8, at Exeter High School starting at 10 a.m.

Mike Anderson designed the logos for both events, where clinicians will be teaching and working with the students.

Both Lynne (2006) and Seifarth (2007) won the Frank Scott Award that is presented annually by Berks Arts Council and honors those who have made an outstanding contribution to furthering jazz in Berks County.

The Frank Scott Award was founded and is sponsored by the Jerlyn Foundation, led by Carolyn and Jerry Holleran, longtime friends of iconic local jazz musician Frank Scott (1923-1995). The award honors Scott’s memory and his contribution to the jazz heritage in Berks County.

Scott, a renowned saxophonist, opened two nightclubs in the Reading area and played with musicians such as Bing Crosby, Ray Charles, Duke Ellington, the Ink Spots and Bill Haley and the Comets. Scott was a tireless promoter of jazz in the community.

Get JazzED Day is named in honor of Doc Mulligan, whose trombone playing and skillfully arranged charts have been a fixture in the Berks County musical world for many years and who was the inaugural winner of the Frank Scott Award in 2005.

For more Get JazzED information, go to www.GetJazzEDBerks.com

Toni Lynne sang with Frankie Scott at Central Pennsylvania Friends of Jazz Fest events, on local television shows, at the old Scenic River Days and opening the show at the then-Rajah Theater for Ray Charles.

Lynne was the featured vocalist for the Incredible Saxons and also performed with the Ladies of Jazz alongside fellow vocalists Suzie Ernesto and Sharon Bailey, the Skip Moyer Trio and many others.

Lynne will be performing in this year’s Boscov’s Berks Jazz Fest on Tuesday, March 31, at 7 pm. at The Abraham Lincoln – the accomplished pianist/keyboardist Bobby Lyle & The Ladies of Song featuring Lynne and AnNette Hines.

“Big Al” Seifarth made a lifelong commitment to spreading the word of jazz as a performer, educator and fan.

Seifarth was a tireless promoter of jazz. When not performing or working with young musicians, he supported live music whenever possible.

Seifarth and Frank Scott worked together in the 1970s and 1980s when they were part of a band that performed during jazz services in churches throughout Reading.

A year after retiring from teaching at Conrad Weiser High School, Seifarth began coordinating the Music in Schools Program for the Reading Musical Foundation. He was a member of the Berks Jazz Fest education committee as well as a performing member and board member of the Reading Pops Orchestra.

Seifarth and Berks guitarist Ken Gehret, a former sixth-grade history student of his, performed together as “The Duo.” Seifarth also was a member of Gehret’s Irish Mist band.

The mission of Berks Arts Council is to inspire, engage and unite our community through collaboration, education and presentation.