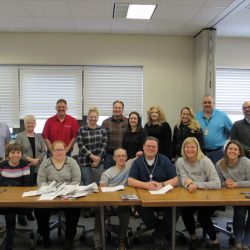 (Reading, PA) Carpenter Technology employees care about each other and the community in which they live and work.  They also care about Prospectus Berco and the hundreds of individuals who benefit from its programs and services. Recently, Carpenter employees reached out to partner with Prospectus Berco to complete a group project to bring good cheer to soldiers serving in the Middle East.  Kelly Himmelberger and Yvonne Spitler have/had family members serving in the military and know firsthand how important packages from home are to soldiers living overseas.  Kelly said, “After the excitement of Christmas, we wanted to do something in the spring to let them know that we are still thinking of them.”  Yvonne said “we couldn’t send chocolate because of the Middle East, so we decided to send Easter Cards.” Kelly and Yvonne went on to explain how some of their co-workers worked with Prospectus Berco in the past and thought it would be great to include Prospectus Berco program participants in the project. They shared an idea for a greeting card with Lasting Image, who designed and printed the cards. They asked Prospectus Berco program participants to sign the cards and recruited employees to help them assemble snack bags filled with Tootsie Rolls, taffy, jelly beans and oatmeal packs. The group made 250 packets to send to soldiers in the Middle East in time for Easter; Prospectus Berco program participants signed 250 cards. Kelsey, one of three program participants said, “It was neat to be helping out the military. It made me feel happy.”

When Rich Tinsman, Director of Global Advanced Engineering, transferred from the Carpenter Technology plant in Latrobe, PA, to the facility in Reading, he wanted to introduce a program he implemented in Latrobe called Carpenter Cares.  Rich said, “The concept is very simple; you combine sweat equity with people who can give (financially) and you give back to your community. Not everyone can give dollars, but many can give their time. People can give what they can and many do.”

Rich shared his vision with a few co-workers in the Reading plant and together they formalized a plan. They held an assembly to gauge the interest level of their co-workers and were overwhelmed by the favorable response. After the presentation on the Carpenter Technology Cares program, they had over 150 people sign up to participate in the volunteer program.  After seven years, Carpenter Technology Cares has had a major impact on the community, hosting and sponsoring 25 events each year. Carpenter Technology Cares volunteers and assists The United Way of Berks County and other members of the community for The Big Cheese, a two day event where they help make 500,000 meal packages for children to eat when they are not in school.  Other projects include making Bags for Vets, Thanksgiving Baskets with all the essentials for a Thanksgiving dinner, movie nights and Take a Friend Fishing with the Olivet Boys and Girls Club. Danielle Kelly who helps organize the group’s activities said she calculated that in a year’s time employees provide 25,000 hours of volunteer time, which equates to $300,000 in volunteer services. Danielle said that the group will also use their resources to assist employees who are going through tough times.

Pictured in photo are: 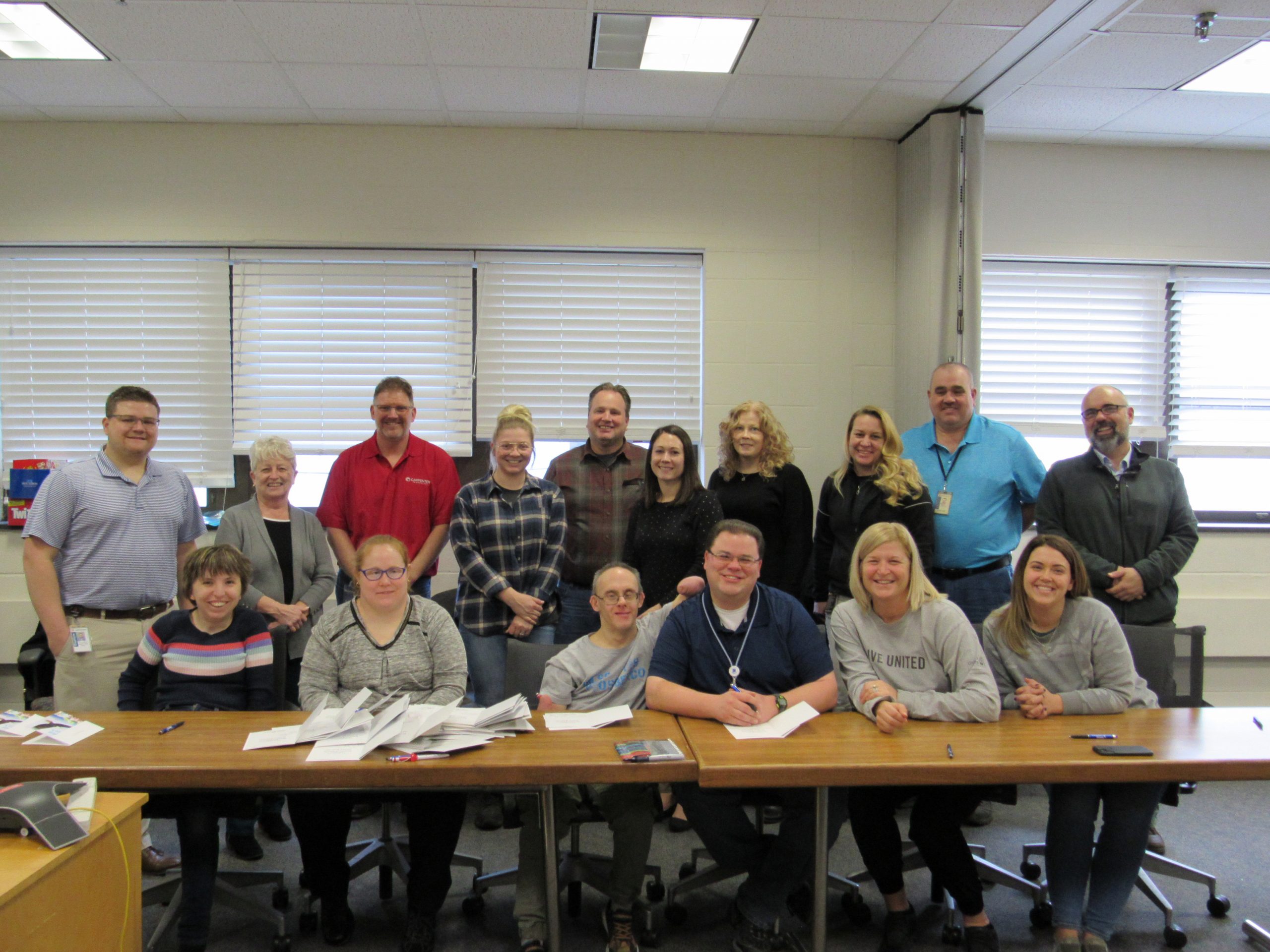