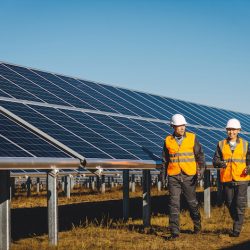 HARRISBURG, Pa. – More than fifty groups have joined together to produce a blueprint for job creation and building a sustainable economy in Appalachia.

They call it “Reimagine Appalachia,” a plan that could help a four-state area, including southwestern Pennsylvania, where the economy hasn’t worked for most people for decades.

According to Stephen Herzenberg, executive director of the Keystone Research Center, the plan calls for expanding opportunities in the region by investing in projects that reduce greenhouse-gas emissions.

“We need to invest in climate response and to use that investment to create a new deal that works for us,” says Herzenberg.

He says with Congress debating a new stimulus package, the people of Appalachia need to have a voice in how the region rebuilds. The plan is available at reimagineapplachia.org.

Herzenberg says building a sustainable economy could create jobs by modernizing the electrical grid, creating a sustainable transportation system, and relaunching the Civilian Conservation Corps that put millions to work in the 1930s.

“That work would increase the amount of carbon that is absorbed by our farms and our forests and our wetlands,” says Herzenberg. “And it would give people a sense of dignity and a chance to contribute to their communities.”

A bill has been introduced in the House to create a Civilian Conservation Corps to hire unemployed and underemployed workers for public works projects.

Herzenberg says the emphasis on sustainability and fighting climate change has a special relevance to a region that has suffered from the pollution left behind by fossil fuels and extraction industries.

“So we need more of the investment to create the good union jobs and the opportunities that our working families need for the future,” says Herzenberg.

He adds that the coalition will issue a series of white papers in the coming months to add more detail to their proposals.