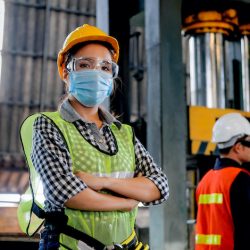 The data show there has been no manufacturing recovery in the Great Lakes region.

HARRISBURG, Pa. — A new study shows the manufacturing sector in Pennsylvania and three other key swing states had gone into decline before the COVID-19 pandemic.

The analysis, performed by experts at The Century Foundation, Policy Matters Ohio and The Groundwork Collaborative, looked at job and wage growth since 2000.

Stephen Herzenberg, executive director of the Keystone Research Center, explained in 2019 manufacturing jobs in the rest of the country were growing, while in Pennsylvania, Ohio, Michigan and Wisconsin they were shrinking.

He added manufacturing jobs in three of the four states grew faster from 2010 to 2016, during the Obama administration, than during the first two years of the Trump presidency.

For workers with a high school diploma or less, manufacturing jobs generally pay more than other kinds of employment.

Herzenberg pointed out while that margin has declined over the years, manufacturing jobs still give workers an extra boost.

“Which is why manufacturing jobs are important to economic opportunity and our region,” Herzenberg stressed. “Our state suffers because we don’t really have a manufacturing policy.”

He said the decline in the manufacturing wage premium was due in part to union busting and both foreign and domestic outsourcing of jobs to areas with lower pay.

Herzenberg contends policies such as the trade war with China and trade deals that don’t protect workers’ rights or wages have contributed to the decline in manufacturing jobs, while policies that push wages up, invest in workers’ skills and innovation can turn it around.

“The outline of a real manufacturing policy that would be good for the country’s competitiveness but also good for workers and families in our region is not complicated,” Herzenberg urged. “We just don’t have that right now.”

He emphasized manufacturing has long been the economic backbone of Pennsylvania and the Midwest economies, and it can thrive again.