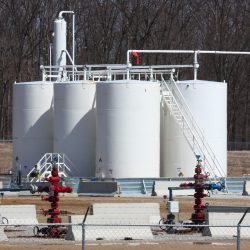 Environmental groups are taking a new approach to hold Gov. Tom Wolf’s administration accountable for a pledge he made; to adopt “a nation-leading strategy” to reduce methane emissions from the state’s oil and gas industry.

Earthworks, Environmental Defense Fund, Clean Air Council, and Clean Water Action have launched WolfsMethanePromise.com, a website featuring a live counter, tracking how much methane has been emitted in Pennsylvania since Wolf took office, followed by the days until his term ends in 2023.

Joseph Minott, executive director and chief counsel of the Clean Air Council, said they believe Wolf is not meeting the environmental commitment necessary to address one of the root causes of climate change.

“We know that methane is a very potent greenhouse gas,” Minott stated. “It really makes no sense that a gas-producing state like Pennsylvania would be so cavalier about not doing a thorough job in terms of reducing methane emissions.”

Pennsylvania is the second-largest gas producer in the country. A spokesperson for the governor said addressing climate change is a top priority for the Wolf administration.

Environmental groups say they were prompted to create the website because of methane regulation the state Department of Environmental Protection (DEP) is considering.

The proposed rules include a loophole to exempt more than 67,000 low-producing gas and oil wells. Although they leak small amounts of methane, the groups say they are responsible overall for more than half of all oil and gas emissions in the state.

Minott argued the potential rule is a missed opportunity for the state to be an environmental leader.

“They essentially are taking the position that they’re doing exactly what EPA requires them to do, which is the minimum that they have to do by law,” Minott asserted. “But they are the Department of Environmental Protection, and it seems to me that they would want to do more than the minimum.”

The DEP said it is reviewing public comments it has received and will revise the regulation where it is appropriate to do so.