The Payoff of Passion 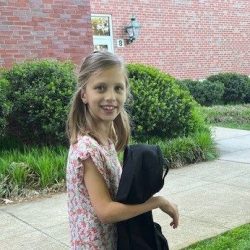 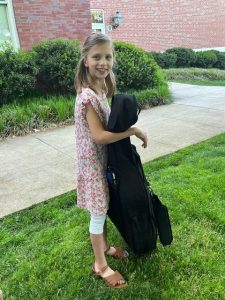 In elementary school, a common activity for students is learning an instrument. While music is taught from the very beginning of grade school, more often than not, students will spend most of their time singing and will spend little of their time learning how to play an instrument. Instead, students will often be introduced to instruments at the end of elementary school, usually around the third or fourth grade, and they will have the possibility of learning one as an extracurricular activity.

Aubrey O’Hara, ten years old, and an upcoming fourth grader at the Wilson School District, did just this when she decided to become a cellist last year. Unlike the other students her age, though, Aubrey had a significantly harder time starting out due to a limited mobility in her right hand, which is a result of her hemipelagic cerebral palsy which was caused by a stroke in utero. This limited mobility – in the hand used to bow the instrument – made grasping the bow for more than a few seconds nearly impossible. Despite this challenge, Aubrey was determined to play the cello and was ready to attempt whatever was needed in order to do so. Aubrey’s mother, Lindsey O’Hara noted this determination, stating “out of all the instruments she was really intrigued by the cello, so she kinda just dove right in.”

O’Hara, reached out to the Center for Pediatric Therapy in Wyomissing, and started to work with Megan Fidler, a practicing occupational therapy assistant (COTA) and clinical director for the center.

Fidler consulted with her friend and Wilson Music Educator, Jerry Laboranti, who discovered the Cellophant, a rubber grip designed specifically to help younger string students hold the bow. It does so by widening the handle of the bow and has indents meant for the correct placement of the fingers. This relaxes their hands and decreases the strain that is common in beginner students. While the Cellophant allowed Aubrey to grasp the bow, she was still unable to maintain hold on the bow for long periods of time.

Fidler, who was relentless in her search to find a solution, contacted Laboranti again in search of other options. He discovered a velcro glove intended for people with hemipelagic cerebral palsy. The combination of the glove and the Cellophant finally allowed for Aubrey to maintain her grasp of the bow for however long she needed, so that she could play for extended amounts of time.

While the problem of holding the bow was solved, Aubrey still had some trouble producing a solid sound out of the instrument and she continued to experience an abnormal level of fatigue which frustrated her practicing. Aubrey, Laboranti and Fidler collectively decided to get a shorter bow. The shorter length allowed Aubrey the ability to easily put weight on the bow, and thus the strings, which helped both the issue of her tone and the continuing fatigue.

Throughout a long and arduous process, with the help of her school, therapist, and family, Aubrey was able to finally attend to the challenges of learning that all beginning musicians face.

While of course she had all of this help, it was Aubrey’s mental vigor and commitment which ultimately provided her the ability to fulfill her desire to play. In the end, it was her drive which caused her to push through all of the struggles and learn something which was so dear to her.

When asked why she wanted to learn an instrument Aubrey stated, “because I love music, and now I love playing the cello.” It’s clear that she has an immense passion for music, and this passion led to an even greater payoff: the ability to spread this love to others through her playing.

Cormick Costello is a Music Major in Residence with Reading Musical Foundation this summer. He has written a series of articles that highlight area artists, music programs, and hidden gems within our music community.