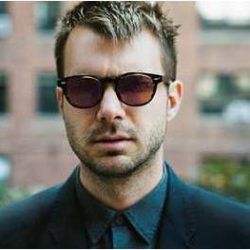 READING, PA – Due to a scheduling conflict, The Griswolds were forced to cancel their August 16 performance at the Downtown Alive free concert series. But the free concert will go on as scheduled on August 16th at 5 p.m. in the 500 block of Penn Street with singer-songwriter Howie Day as the new headliner.

After signing with Epic Records, Day released his major-label debut, Stop All The World Now, and hit the road to support it. The constant promotion paid off: It was certified gold in the U.S. and spawned two Top 10 radio hits: “She Says” and the platinum single “Collide.” After three subsequent years of intense worldwide touring, Day moved to Los Angeles and returned to the studio. His next release, Sound the Alarm, built on the emotionally complex spirit of its predecessor and delved into Day’s journey from indie wunderkind to platinum-selling artist. Its lead single, “Be There,” became a staple at modern AC radio.

Joining Howie Day as support will be Philadelphia based artist, Tim Williams. Tim Williams has built his reputation on being one of the hardest working Singer/Songwriters in the nation today playing 300+ shows a year on stages ranging from Key West to LA to NYC and everywhere in between. He has a 90s rock vibe reminiscent of Better Than Ezra and Toad the Wet Sprocket with a lyrical sensibility that borders country and folk. Recently he’s shared the stage with the Goo Goo Dolls, Gin Blossoms, Of Monsters and Men and Butch Walker.

Downtown Alive was started as a project of Berks County Community Foundation. The concert series is run by the Reading Downtown Improvement District with assistance from SMG, manager of the Santander Arena and Santander Performing Arts Center.