Research Suggests Hunger a Side Effect of Climate Change 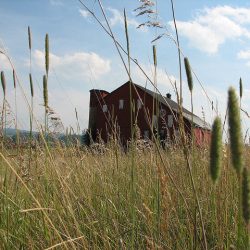 HARRISBURG, Pa. – A report that looks in depth at how climate change is robbing crops of nutrition says there will be more hungry people and more suffering linked to vitamin deficiencies. Samuel Myers, an environmental health researcher at Harvard’s School of Public Health conducted a study in 2014 that found higher levels of carbon dioxide in the atmosphere are likely to reduce the protein, iron and zinc content of rice, wheat, peas and other food. Myers now has taken that a step further, calculating through the year 2050 the number of people within each country that won’t be getting enough nutrients. He says the impact will be felt mostly by the poor.”It’s the wealthiest people around the world who have the largest carbon footprints and the poorest people who are the most vulnerable to their effects, and so there really is a social-justice or equity element to this,” he says. According to the report, more than 350 million children aged 1 to 5, and about 1 billion women of childbearing age live in countries where the amount of dietary iron is projected to fall by about 4 percent.Myers says human activity is changing the structure and function of many of our natural systems.”Not just the climate system but fisheries, oceans, land cover and freshwater systems, and as those changes become more and more profound around the world they’re having very significant human health implications,” he explains. Myers calls nutrient deficiencies deadly and says this is something policy makers can’t ignore.”Deficiencies of iron and zinc and protein are already affecting almost two billion people around the world with very, very large burdens of disease,” he adds. “So this is a big public-health problem today. It will be an even bigger problem in the future.”Myers says developing crop varieties with higher nutrient contents is one solution, but says there’s no silver bullet to the issue. He says the most obvious answer is to drastically cut carbon pollution.