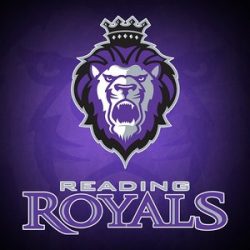 Reading, PA – The Berks County Convention Center Authority (BCCCA) has completed its acquisition of the Reading Royals’ assets, the team announced Tuesday. The Royals and the BCCCA announced in January that the acquisition of assets would take place on or about June 30 to keep the team at Santander Arena. The ECHL Board of Governors approved sale of the Royals to the BCCCA in June.

“We’re happy with the team’s progress since the asset-purchase announcement,” said General Manager David Farrar. “Our team was honored at the ECHL League Meetings with the greatest increase in revenue from season memberships and mini-plans compared to this time last year. We’re excited to highlight more additions for our fans over the next few weeks that will enhance the family-friendly experience at Santander Arena.”

Here are some examples of the BCCCA’s impact since the asset purchase of the Reading Royals.

Mini-plans and season ticket memberships are on sale for the 2019-20 regular season, which begins at home for the Royals Sat., Oct. 19 at 7:00 p.m. vs. Maine. The home opener will feature a massive block party with games, food and a special “Downtown Alive” concert on Penn Street outside Santander Arena. Visit royalshockey.com/restoretheroar or call 610-898-7825 for more information.

Incorporated August 29, 2006 the Berks County Convention Center Authority, with SMG as the management company, oversees the operations of the Santander Arena and the Santander Performing Ares Center in the City of Reading, PA. Combined the two buildings have seen over 7.6 million fans enjoy shows, sporting events, conventions and public gathering since 2001.