EPA on Notice: Enforce Clean-Water Mandate or Be Sued 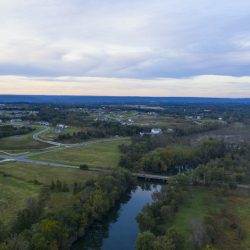 The Environmental Protection Agency could face federal lawsuits if it doesn’t take action against states not meeting their obligations to clean up water flowing into the Chesapeake Bay.

On Monday, the Chesapeake Bay Foundation and partners filed a notice of intent to sue in federal court if the EPA doesn’t take action within 60 days. CBF President Will Baker called the Blueprint the best, and perhaps last, chance to save the bay.

“But now it’s at risk, due to EPA’s unwillingness to address major deficiencies in the final plans submitted by Pennsylvania and New York,” Baker said.

Attorneys general of Maryland, Virginia and the District of Columbia also have filed notice that they intend to sue the EPA for failing to enforce requirements of the Blueprint.

There has been progress. Virginia Attorney General Mark Herring noted the waters of Chesapeake Bay are healthier now than they have been in decades. But the fight to restore the bay is far from over.

“We still have a lot of work to do before we can declare victory, and we cannot allow the progress that we have made to backslide or even to stagnate,” Herring said.

Maryland Attorney General Brian Frosh added the population of oysters in the bay, a key indicator of clean water, is still only 1% of what it once was.

The Pennsylvania plan approved by the EPA would only reach 73% of the state’s required nitrogen pollution reduction and is underfunded by $345 million a year. Baker said those fighting to restore Chesapeake Bay will use the courts if necessary.

“We’re fully prepared to file suit after 60 days if EPA does not act,” Baker said. “Then it will be up to the courts to compel EPA to do its job.”

The Clean Water Blueprint was the result of the settlement of a 2009 lawsuit against the EPA and has been upheld in federal court.