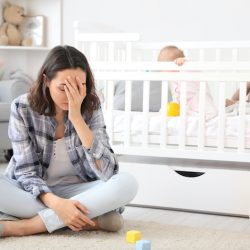 Child and maternal health advocates urged Pennsylvania to take advantage of an opportunity to extend coverage for new mothers on Medicaid.

The United States has one of the highest maternal mortality rates of any industrialized country.

But Medicaid usually only provides postpartum coverage for 60 days after the birth of a child.

That has been extended to a full year during the COVID-19 pandemic, and now a provision in the recently passed American Rescue Plan allows states to continue that extension when the Public Health Emergency lapses at the end of this year.

Kari King, president and CEO of Pennsylvania Partnerships for Children, said the extension covers a critical period when most maternal deaths occur.

“Between 2013 and 2018, 58% of maternal deaths in Pennsylvania occurred between six weeks to one year after babies were born,” King reported.

She explained the state Department of Human Services needs to file a plan with the federal government which, once approved, would allow the extended coverage to continue.

Factors contributing to maternal deaths include postpartum depression, pulmonary embolisms and blood clots, but with regular care they can be treated.

King stressed without the extension, Medicaid postpartum coverage will revert to only 60 days.

She added Black women in Pennsylvania are three times more at risk of pregnancy-related death than are white women.

Ensuring access to postpartum health care for new mothers also benefits the rest of the family.

She added extending postpartum maternal Medicaid will benefit about 10,000 women a year in Pennsylvania.