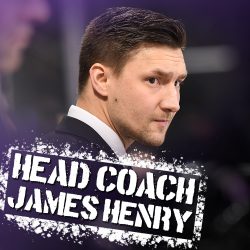 The Reading Royals, ECHL affiliate of the Philadelphia Flyers and Lehigh Valley Phantoms, have announced that James Henry has been hired as the team’s head coach and director of hockey operations.

Royals’ general manager David Farrar stated, “We’re proud to formally bring James on board as the Royals’ next head coach. We’re confident that James will do an exceptional job as the leader of our hockey operations department, and we’re excited by the prospects of the next era of Royals hockey with James at the helm.”

“I couldn’t be more excited to see that James has been named the next Head Coach of the Reading Royals,” said former Royals’ head coach Kirk MacDonald. “His work ethic, knowledge of the game, and attention to detail will no doubt enable him to have success immediately. It’s been a pleasure to get to know Hank over the last twelve months and I’m certain he will have no problem continuing the winning tradition in Reading during his tenure as head coach.”

“Definitely excited,” stated Henry. “Pretty quick moving from assistant coach to head coach but I feel like this is a challenge that I’m ready for. I will lean on the experience that I have gotten over my playing career and short coaching career, along with some of the things that I’ve learned from past coaches that I’ve played for and obviously with my time working with Kirk McDonald.”

“I’d like to thank the Royals organization for having faith in me moving up from assistant coach to head coach. I’d like to also thank Kirk McDonald for the experience I gained underneath him as well as my family for their support,” said Henry. “This past season was quite eventful for my family as we added our daughter Tillie to the group. We’re excited to play a bigger role in Reading going forward.”

Henry, who is the eighth coach in the twenty-one year team history of the Royals, joined the Royals as an assistant under Coach Kirk MacDonald in August of 2021. During Henry’s tenure as the team’s assistant coach, the Royals compiled a record of 45-17-7-2 in 71 regular season games (.633 win percentage), tying the single season franchise record for points(99). The team qualified for the 2022 Kelly Cup playoffs and made it as far as Game 7 of the Division Final series where they fell to the Newfoundland Growlers four games to three.

“Kirk had great success with Reading as a player and a coach,” said Henry. “(Kirk’s) experience was great to learn from. I think that he taught me so much in a short amount of time and I’m very thankful for that. I’m excited for the new challenge and I’m excited for Kirk’s new challenge.” 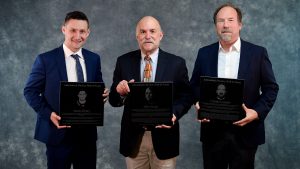 Across his ECHL career, Henry has scored 93 goals and 216 assists (309 points) in 441 games. Henry was named the fourth captain in Adirondack’s franchise history before the 2018 season, Henry served in that role for his final two seasons of playing professional hockey. He was awarded in 2019 with the ECHL Community Service Award, recognizing his involvement in many organizations, including Mission 22, a non-profit group fighting veteran suicide. Henry was named to the ECHL All-Star Game in 2017 and captained the Vancouver Giants of the WHL in 2011-12. Internationally, the Winnipeg, Manitoba native represented the Western part of Canada in the 2008 World U-17 Hockey Challenge and won the bronze medal.

As a player at the University of Manitoba, Henry registered 22 points (8g-14a) and 26 penalty minutes in 28 total collegiate games. Henry finished fifth for the Bison in points (22) during his lone season (2012-13) in the CIS (USports).